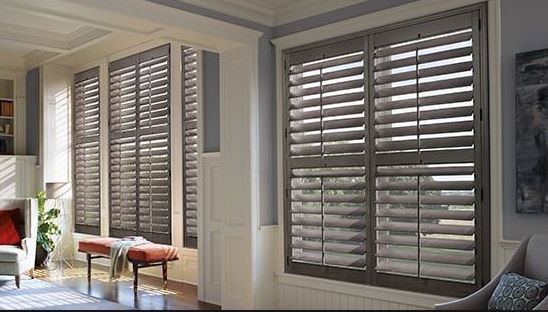 Window shutters for the interior of your home come in several different styles. Each style has benefits that you can use to upgrade the décor of your home and to provide more insulation, increased control over natural lighting, and enhanced privacy.

Café style window shutters are interior window shutters that cover only the bottom half of windows. These window shutters get their name from their popularity in cafes in Europe and throughout the United States. They are a good choice for allowing a lot of natural light into rooms, while ensuring privacy is maintained. The top half of the window can either be left unadorned or you can add a window shade or curtain, which you can close at night for full privacy.

Full height window shutters allow a lot of light control and give you a lot of privacy. They create a classic, clean look that improves the curb appeal of your home and increases its value.

If you intend to keep full height window shutters closed much of the time, then wider panels are the best option, since they will allow more light into a room. Most full height window shutters have a middle rail that separates the top portion of slats from the bottom portion. This lets you open the top half of slats at one angle while keeping the bottom half of slats closed or open at a different angle.