Once upon a time, window shades didn’t exist. Now no one can imagine a home without window shades. There are endless varieties and styles and colors of window shades to choose from to give your home privacy when you need it, light when you want it, and décor that matches you own personal taste all the time.

Until the 1700s, window shades were unheard of, and windows, if they existed, were simply open to the outside or glassed in. Most of the time the glass was clear, but in some cases, homes also used the stained glass that is common in places of worship to decorate their homes and get some privacy from the outside world.

But mostly stained glass – and glass windows, for that matter – in a home were an outward symbol of wealth and success. Many people simply couldn’t afford windows until the 18th century, and, even then, most windows were found only in homes in urban areas.

As glass-making got less expensive and windows began to be a common feature in homes, window shades came into extensive. They were both functional and decorative.

The first window shades were roller shades that were usually made of paper. Artists would draw or paint elaborate scenes and designs on translucent paper, which would be made into a roller shade. When the shade was down, the artwork could be seen both inside and outside the home.

By the late 1700s, decorative window shades were used in most public buildings in the United States, but it wasn’t until later that they were common in American homes.

By the 1800s, during the Industrial Revolution, windows shades went from being hand-produced to being manufactured in volume. This change brought in new materials and a new type of artistry for decorative designs. Rollers shades, which were still extremely popular, underwent a transformation, including the addition of spring-loading for easy opening and closing.

Throughout the 1900s, types, designs, and styles of window shades grew. Much of this growth came from customers who wanted customized window shades and from, during World War II, more exposure to different kinds of window shades around the world. As America surged in post-war prosperity, buying houses was now within the reach of many Americans (who had previously lived in apartments or rented houses). Window shades – and the right window shades – were part and parcel of home ownership.

Styles, designs, and types of window shades are still evolving, with ease of use, durability, and safety being the areas that window shades manufacturers focus on in their manufacturing processes. Most recently, cordless window shades were developed as a response to a need for increased safety for small children, who could get tangled up in the cords of corded window shades. 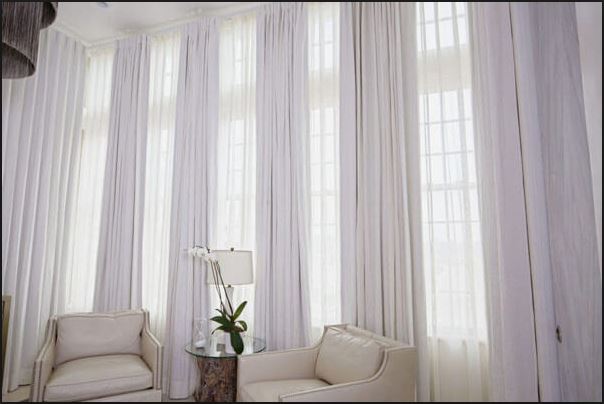 As of 2018, all window covering manufacturers, distributers, and dealers must comply with new requirements.  However, many homes have blinds and shades with existing cords, so here are a few things to keep your home safe:

If you are thinking about having cordless window coverings installed, you may be wondering if you’re sacrificing style and décor for safety. You are not. There are many child-safe window covering options that are very chic and offer a large degree of customization to get exactly what you want for your home.

There are many choices in shades that are particularly child friendly window coverings.  Those include:

If you’d like to learn more about child-safe window covering options, our knowledgeable team at McNeill Palm can help. You can come to our showroom at 1191 N. Elgin Pkwy, Ste. C, Shalimar, FL 32579, or you can contact us at (850) 613-6228 for an in home consultation. 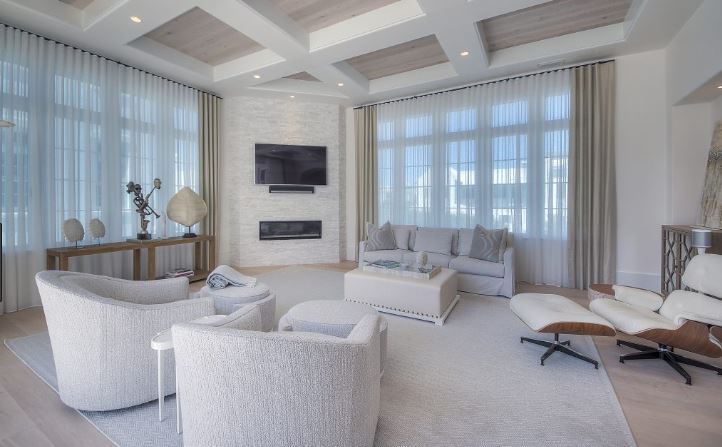 Cordless blind window treatments are the latest innovations in window coverings. Not only do cordless blinds and shades offer beauty, safety, and peace of mind for homeowners, they also have many benefits that make them an optimal choice for a window treatment.

The first thing you might ask is how cordless window treatments actually function, since cords are an integral parts of blinds. Here’s the lowdown. Blinds and shades are strung on cords, but cords aren’t required to tilt them or raise them. While cordless blinds have cords inside them because they must have something to hang on, the mechanism for opening and closing them and raising and lowering them is what makes cordless blinds unique and safer.

Before the creation of cordless blinds and shades, they were controlled by cords that hung freely and worked like a pulley system. One problem with this kind of blind was that small children and pets were attracted to them and sometimes get caught up in the cords injuring themselves or, in rare instances, died.Between 2012 and 2017, 50 children died as a result of cords on window treatments.

With cordless window treatments, that problem is solved in one of two ways. Some cordless blinds and shades have a safety lock button on the top or bottom rail that, when pushed, releases the string tension in the blinds so that you can raise or lower them to your desired position where they’ll stay when the button is released. Other types of cordless blinds just require you to gently lift the bottom rail to the desired position and a lip in the middle of the bottom rail will catch the slat and hold the blinds in place.

Both the industry and the federal government consider the danger unacceptable and have established new standards to keep these cords away from our children. As of December 15, 2018, products that consumers can pick up in a retail store or order online as ready-made will not contain hazardous cords. This mandate is in compliance with the ANSI/WCMA A100.1-2018 standard. Since the cords have been eliminated, the new blinds make your home safer for small children and pets. But there are more reasons why you should insist on cordless blinds or shades as a window treatment.

These window treatments come in numerous colors &styles from which to choose. Slat styles range from thin to wide, so you can create the customized look that perfectly suits your home and your taste.

Does your room have a lot of windows? This is an excellent solution! Even if the windows are various shapes and sizes, cordless blinds and shades will give them a consistent look. They are also an excellent choice for focal windows, such as bay or picture windows. When cordless blinds are retracted, absolutely nothing obstructs the view

There are, however, exceptions. The following situations are only a good choice for cordless blinds and shades if you choose a motorized option. These are: 1. Exceptionally wide windows over 120” in width. 2. Homeowners with limited lifting ability. 3. Windows too high to be accessible.